There’s always a way out! You may sometimes feel that a temptation is too overpowering for you to bear, but that’s a lie from the enemy. God has promised never to allow more on you than he puts within you to handle it. He will never permit any temptation that you could not overcome. However, you’ve got to do your part by practising this four biblical keys to defeating temptation.

. Refocus your attention on something else: It may surprise you that nowhere in the Bible are we told to ” resist temptation”. We are told to “resist the devil”, but that is very different and I will explain much later. Instead, we are advised to refocus our attention because resisting a thought doesn’t work. It only intensifies our focus on the wrong thing and strengthens its allure. Let me explain: Overtime, I’ve learned that every time you try to block a thought out of your mind, you drive it deeper into your memory. By resisting it, you actually reinforce it. This is especially true with temptation. You don’t defeat temptation by fighting the feeling of it. The more you fight a feeling, the more it consumes and controls you. You strengthen it every time you think it.

Since temptation always begins with a thought, the quickest way to neutralize its allure is to turn your attention to something else. Don’t fight the thought, just change the channel of your mind and get interested in another idea. This is the first step in defeating temptation. The battle for sin is won or lost in your mind. Whatever gets your attention will get you.

Have you ever watched a food advertisement on television and suddenly felt you were hungry? Have you ever heard someone cough and immediately felt the need to clear your throat? Ever watched someone release a big yawn and felt the urge to yawn yourself? ( You may be yawning now as you read this😊) That is the power of suggestion. We naturally move toward whatever we focus our attention on. The more you think about something, the stronger it takes hold of you. 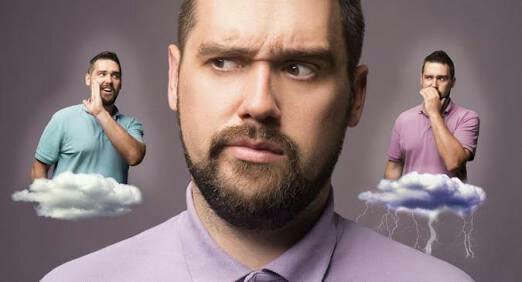 That’s why repeating “I must stop eating too much. I will stop smoking…I will stop lusting” is a self-defeating strategy. It keeps you focused on what you don’t want. It’s like announcing, “I’m never going to do things my mom did wrong”. You’re setting yourself up to repeat it. Most diets (even though I strictly adhere to mine😊) don’t always work because they keep you thinking about food all the time, guaranteeing that you’ll be hungry. In the same way, a speaker who keeps repeating to herself, ” Don’t be nervous!” sets herself up to be nervous trust me.

Instead, she should focus on anything except her feelings. She should focus on God😊, on the importance of her speech, or on the needs of those listening. Temptation begins by capturing your attention. What gets your attention arouses your emotions. Then your emotions activate your behaviour, and you act on what you felt. The more you focus on ” I don’t want to do this”, the stronger it draws you into its web.

The truth is, ignoring temptation is more effective than fighting it. You may beg to differ but remember that once your mind is on something else, the temptation loses its power. So when temptation calls you on the phone 😊, don’t argue with it, just hang up! Sometimes, this means leaving a temptation situation, get up and turn the television set off, walk away from a group that’s gossiping, leave the theatre in the middle of the movie, walk away from a lifetime deal.

To avoid being stung, stay away from the bees. Do whatever is necessary to turn your attention to something else. Spiritually, your mind is your most vulnerable organ. To reduce temptation, keep your mind occupied with God’s word and other good thoughts. You can only defeat bad thoughts by thinking of something better. This is the principle of replacement. You overcome evil with good.

If you’re serious about defeating temptation then you must manage your mind and monitor your media intake. The wise man who ever lived warned, “Be careful how you think; your life is shaped by your thoughts”. Don’t allow trash into your mind indiscriminately. You’ve got to be selective. Choose carefully what you think about.

Follow Paul’s model: ” We capture every thought and make it give up and obey Christ”. This takes a lifetime of practice, but with the help of the Holy Spirit you can reprogram the way you think

To be continued…..Always stay tuned.❤

Tales and commentary from a creative writing enthusiast

My Savings and Me
Keep Knox Queer